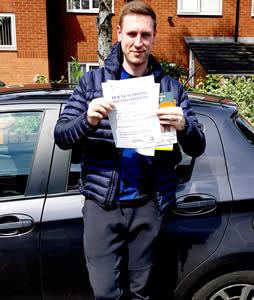 I first attempted a test when I was 17 (13 years ago) and unfortunately failed. I had several different instructors since who for better words caused massive confusion. From the first lesson with Jawed there was a real difference an assured calmness about him which instilled confidence in me immediately as mine was low. Within a matter of 10 hours I had been transformed an I was test ready, only for my test being later moved by dvsa I may have done it sooner but it didn’t matter I had a couple more lessons right before my test and sure enough passed with flying colours first attempt. Clear and concise and a real good human I can’t thank him enough. Incomparable instructor doesn’t matter your level he will raise it an he will get you through. Now I’m off car hunting. Thanks again the man the legend Mr Jawed!